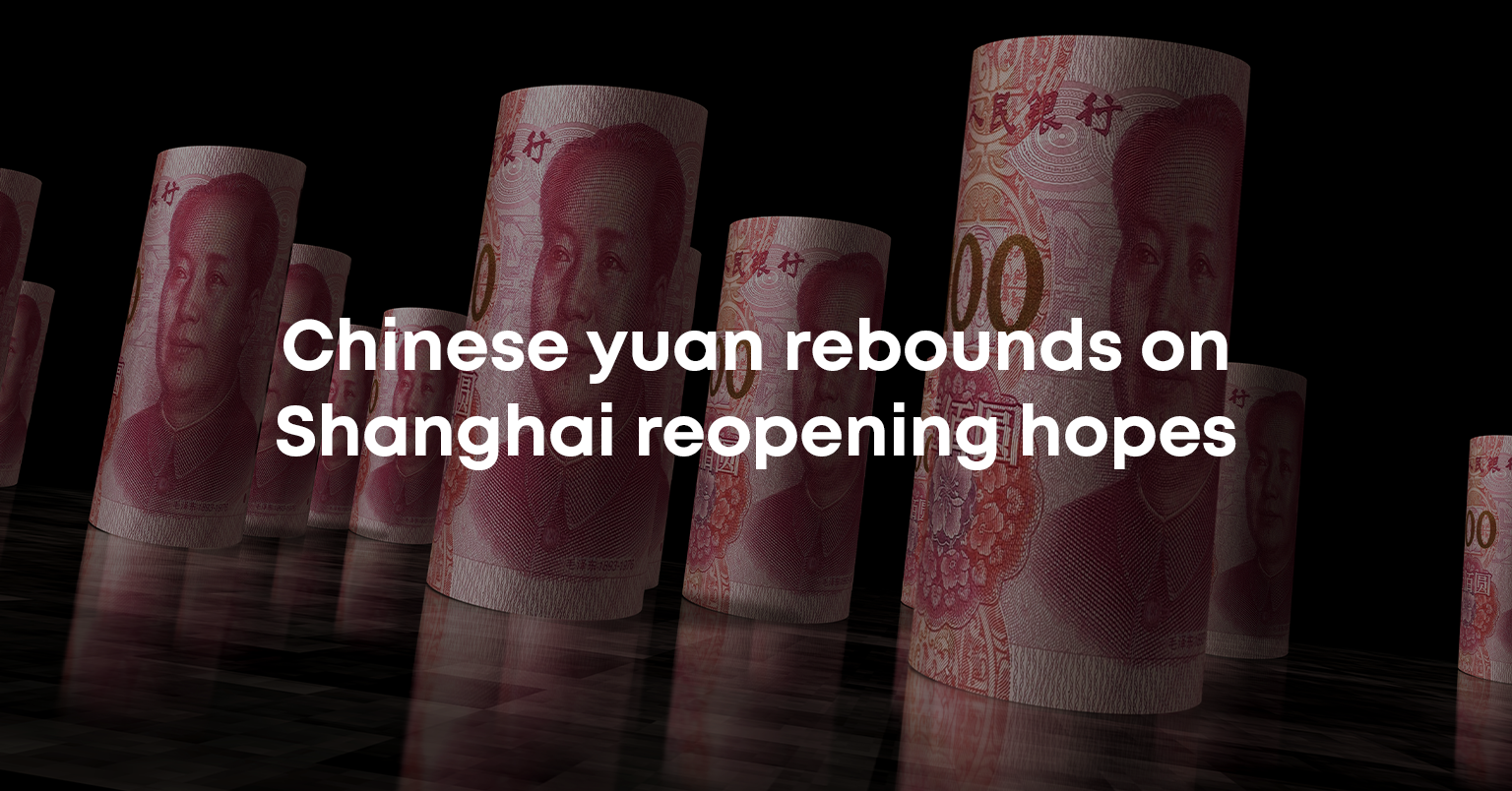 The Chinese yuan rose to one-week highs on Monday, fueled by expectations that Shanghai, the country’s financial hub, will soon emerge from a two-month lockdown that has crippled economic activities in the city and weighed on the country’s overall economic recovery.

The CNY traded at 0.1504 against the greenback on Monday, recovering further from an over one-week low of 0.1481 on Wednesday when the yuan weakened against a basket of 24 currencies tracked by the China Foreign Exchange Trade System (CFETS).

Still, the yuan has fallen below the 0.1570-mark against the USD since April as concerns over China’s economic recovery grew following Shanghai’s prolonged lockdown that has affected consumption, industrial production, lending, foreign trade, and other aspects of the economy. The RSI indicator is at least suggesting that this recovery in the yuan may not last.

China’s zero COVID-19 policy has definitely taken a toll on the domestic economy. In April, China’s retail sales fell at the sharpest pace in over two years as the lockdowns in Shanghai hammered consumption and the supply of retail goods. There have been reports of food shortage in Shanghai, with state-run Xinhua News reporting that multiple botanists called on residents to stop digging and consuming wild vegetables.

Industrial output, meanwhile, unexpectedly fell in April versus a year earlier, reversing the modest gain in March. The drop in China’s factory output last month was the steepest since the height of the COVID-19 pandemic in February 2020. It came as lockdowns forced the closure of vital factories including those operated by local and domestic carmakers. Shanghai is one of China’s major auto production hubs and the lockdowns weighed on carmakers’ revenues in April.

As investment banks and economists downgraded their outlook on the Chinese economy this year due to the lockdown’s impact, Beijing has vowed to all-out efforts to stabilize industrial and supply chains and boost infrastructure construction. On Friday, Chinese Premier Li Keqiang acknowledged that the country’s latest economic challenges are worse than those seen in 2020.

Li said the government is “at a critical juncture in determining the economic trend of the whole year.” He urged local governments to make every effort in bringing the economy back to its normal track.

The Shanghai government is working to ease the city’s lockdown, issuing on Sunday an action plan that consists of 50 policies and measures to help stimulate the economy. The measures include relaxing the rules on resuming production starting June 1 and expanding the scope of subsidies for companies’ pandemic prevention and disinfection, state-run Xinhua News reported Sunday.

Test your take on the Chinese yuan