Not too long ago we saw gold break strongly below a bullish trendline on the daily chart. Since then, we’ve seen some consolidation. Could this have been a fake out to shake long holders out of their positions?

The last two weeks have been bullish, a stark difference to the first week of May where gold fell well over 800 pips. Some of this is certainly due to seeing the USD finally taking a breath as it has shown its first signs of weakness this year. If the U.S. Dollar continues to fall through the summer then we might see this as the beginning of another uptrend for gold.

Seasonally, gold likes to rally throughout June and July. However, it’s August when it really starts to rise and tends to make its yearly highs as we head into the last quarter of the year.

At the moment, price has not gone below its yearly low made back in January, but it is awfully close. Something to keep an eye on is if it makes one more attempt to take out that low before getting in sync with what typically happens the end of the second quarter.

On the weekly chart we can see some hidden divergence taking place with a Williams Percent Range indicator marked with the green trend lines. Hidden divergence with an oscillator can indicate a trend continuing. In fact, if we look between the weeks of September 27 and December 13 we can see hidden divergence taking place where the Williams Percent Range made a lower low, but price failed to create a new lower low. What happened right afterwards was price continuing its upwards direction and eventually retesting its all-time highs made in August of 2020. 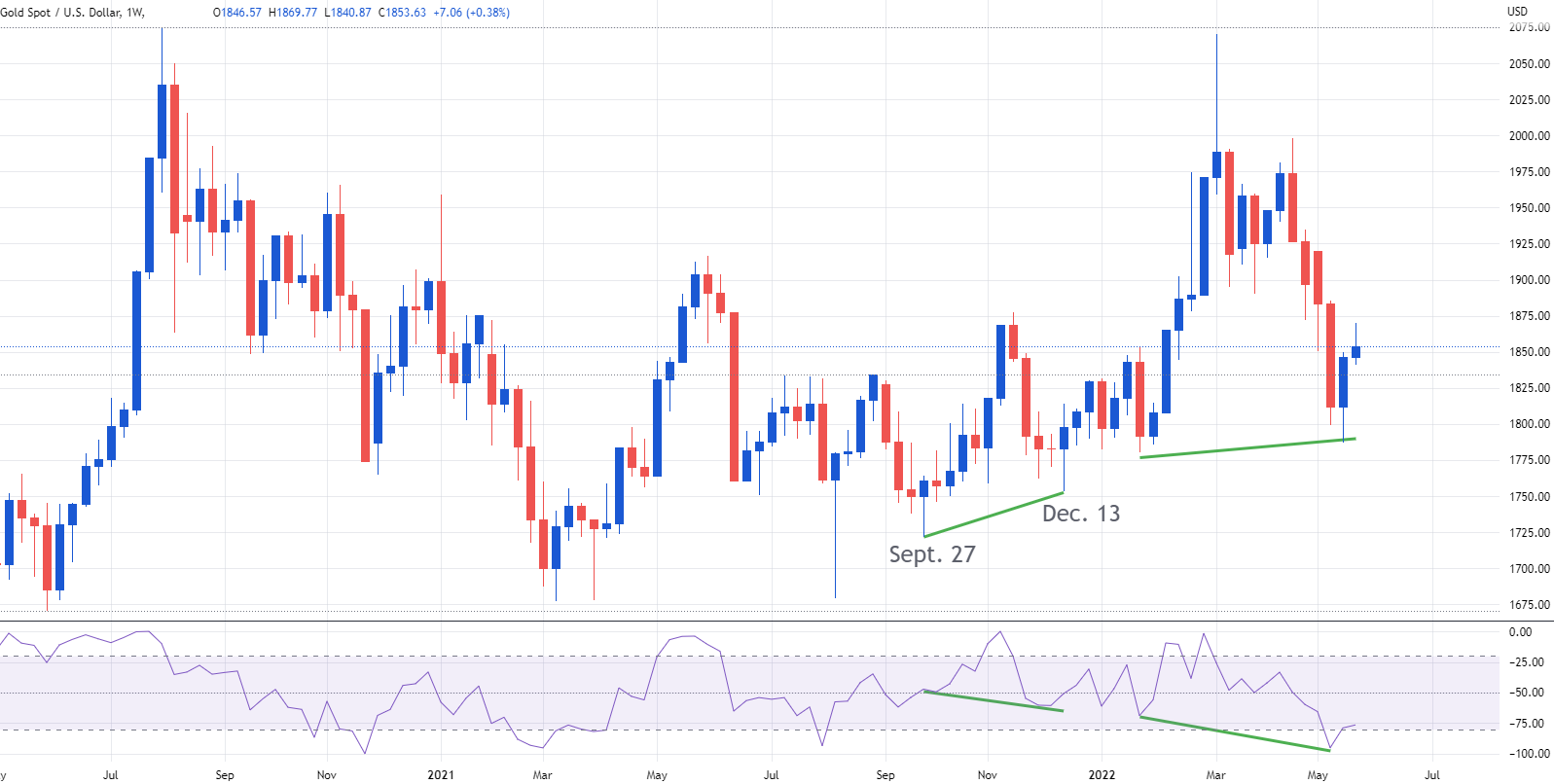 If this correlation is to follow the same pattern again this time around, could we see another strong move with this most recent hidden divergence?