The NZD (New Zealand Dollar) has been one of the strongest major currencies over the last year, as the low number of Covid-19 cases has allowed their economy to prosper whilst other global economies were not so fortunate. Over the next 12 months will we continue to see the flightless bird take flight? We say most likely.

Over the next twelve months we anticipate continued upside on the NZDUSD (Kiwi). The pair is currently trading in the high 0.71’s, and is primed to push to the upside. Whilst some financial institutions are more conservative in their forecasts, the general consensus amongst the key players is that the Kiwi will continue to soar.

Lets have a look at the forecasts!

First up is the BNZ forecast (Bank of New Zealand), who “conservatively target 0.76 by year end”  and anticipate the pair to “push higher through the rest of the year”. This is, by their measure, rather conservative as they state “a path towards 0.80 not particularly onerous”.

Similarly, NAB (National Australia Bank) hold an end of year target of 0.76 for the kiwi, predicting steady quarterly appreciation for the exchange rate, with a 0.74 mid year target for the kiwi.

The NZDUSD is currently trading between the daily 50 & 100 moving averages. 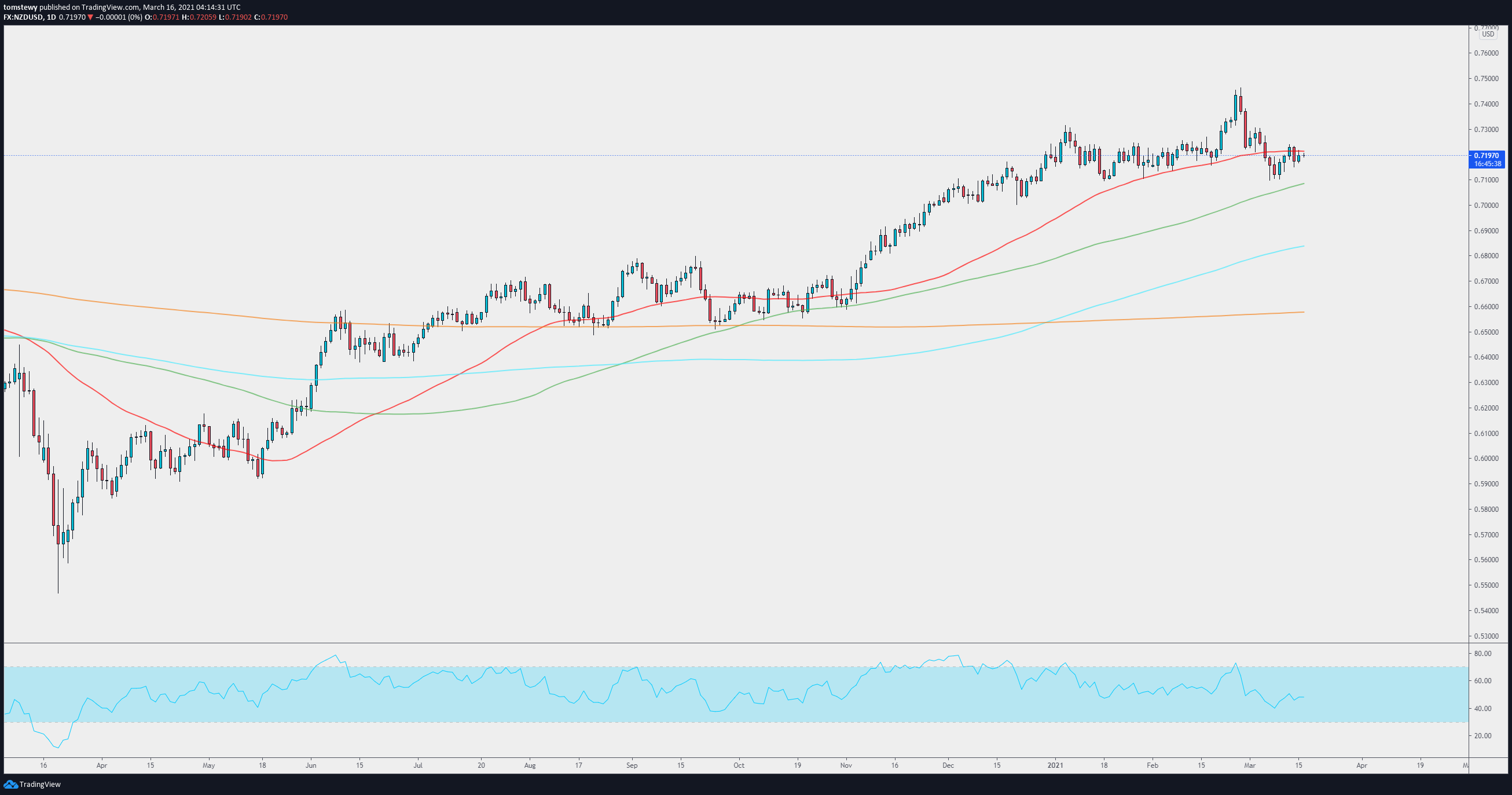 If you’re trading NZDUSD through an MT4 account be sure to check out TradeProofer to monitor your trade execution!