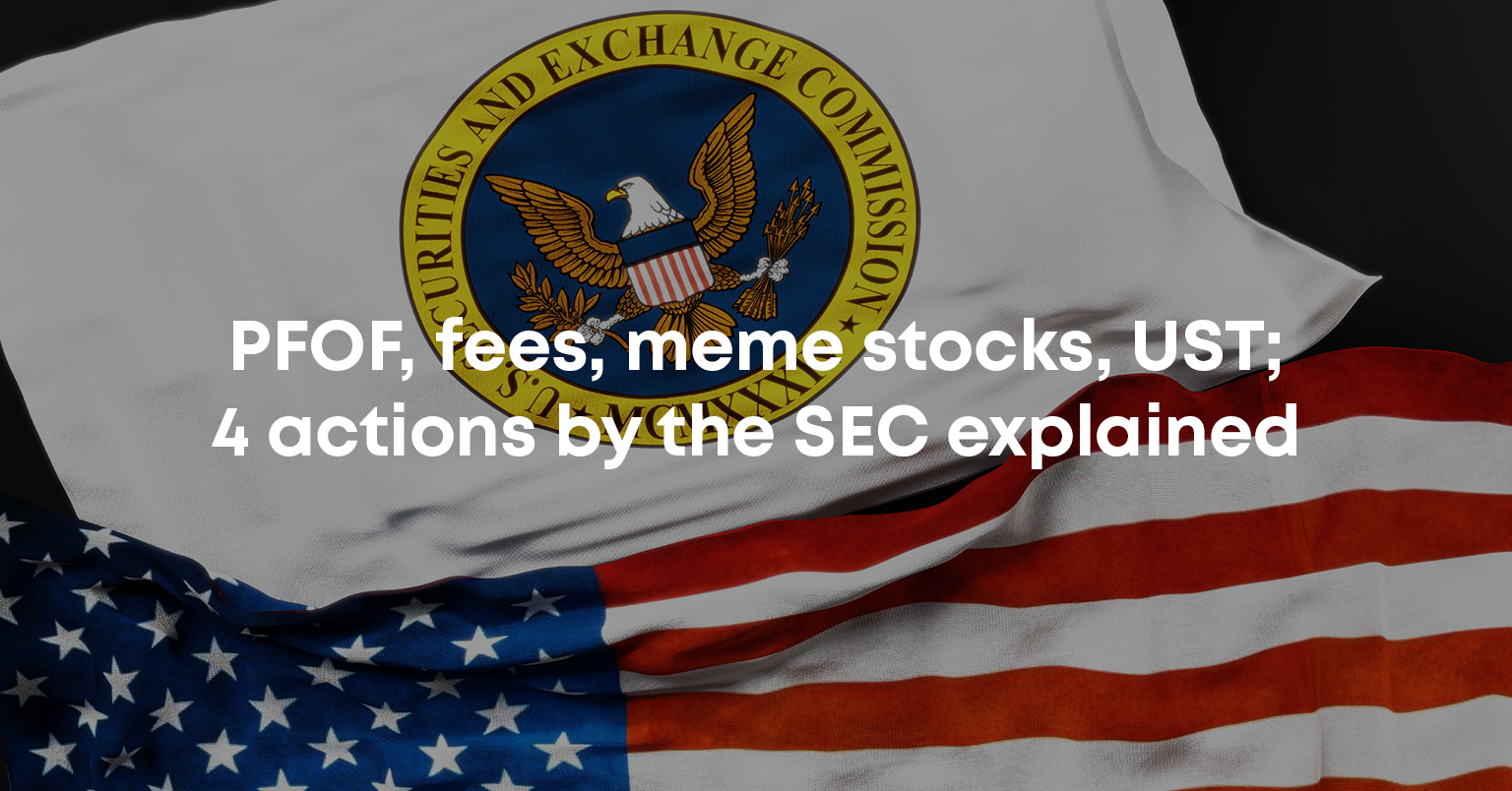 In what could be the biggest shake-up of US equity market rules, the US Securities and Exchange Commission (SEC) is considering a total ban on the payment for order flow (PFOF) practice, which has been growing in recent years to the detriment of small firms and other mom-and-pop investors.

Payment for order flow, which is when market makers pay brokers to execute their clients’ orders, is already banned in Canada, the UK, and Australia.

A formal proposal will likely be filed this fall. SEC Chair Gary Gensler said the ban is not off the table, noting that PFOF exists with “inherent conflicts.”

In December 2020, PFOF also put Robinhood Markets in a tight spot after it was ordered to pay a fine when the practice raised costs for investors using the online brokerage.

Also part of the potential changes, the SEC intends to make it mandatory for market makers to disclose more information regarding the fees that these firms earn and the timing of trades.

In considering the changes, Gensler said he “asked staff to take a holistic, cross-market view of how we could update our rules and drive greater efficiencies in our equity markets, particularly for retail investors.”

Fundamentally, the potential changes would change the business model of wholesalers and impact brokers’ ability to offer commission-free trading to retail investors.

PFOF was put on the spotlight in 2021 when a group of retail investors went on a buying spree of “meme stocks” like GameStop (NYSE:GME) and AMC Entertainment Holdings (NYSE:AMC), squeezing hedge funds that had shorted the shares.

Recognizing the dangers of these “meme stocks,” the regulator recently released a 30-second game show-themed public service campaign against investing in these assets amid their growing popularity, particularly among retail investors.

The video ad titled “Meme Stocks” is part of the commission’s series of public service videos called “Investomania” and is aimed at helping investors “make informed investment decisions and avoid fraud.” The series previously warned against the dangers of investing in crypto assets, margin calls, and guaranteed returns.

Despite the good intention of the campaign, it sparked an outcry from Redditors, particularly members of the wildly popular subreddit WallStreetBets where users discuss the next stock to pump up.

One user said the SEC did not offer warnings before the 2008 crash, the dot com bubble, and the 1980s recession, “so why warn about meme stocks?”

The release of the SEC’s campaign against meme stocks came a year after the commission said it is observing markets for signs of any disruptions, “manipulative trading, or other misconduct” following a meme stock rally at the time.

In another exercise of the SEC’s regulatory powers, the watchdog was reported as also looking into potential violations that might have resulted in the collapse in May of the TerraUSD stable coin.

Bloomberg News, citing a person familiar with the matter, reported on June 10 that the regulator’s enforcement attorneys are investigating whether Terraform Labs, the firm behind the coin also known as UST, breached federal investor-protection rules in how it marketed the coin, which was supposed to keep a 1-to-1 peg to the US dollar through an algorithm and trading in a related token called Luna.

Unlike other stablecoins, UST relied on an algorithm, not a central issuer, to maintain its peg.

If a probe is indeed pursued, this will not be the first time Terraform Labs will be summoned by the regulator. The SEC has ordered the company’s CEO, Do Kwon, to turn over documents and provide testimonies regarding the Mirror Protocol, which is a non-custodial trading platform used for trading Mirrored assets, or mAssets, that are meant to be synthetic versions of stocks like Tesla and Apple.

Kwon filed an appeal against the subpoena but was overruled on June 8 by a US District Court of Appeals.

How did the market react after July’s Non-Farm Payrolls?

Is the EUR/CHF overbought or oversold?