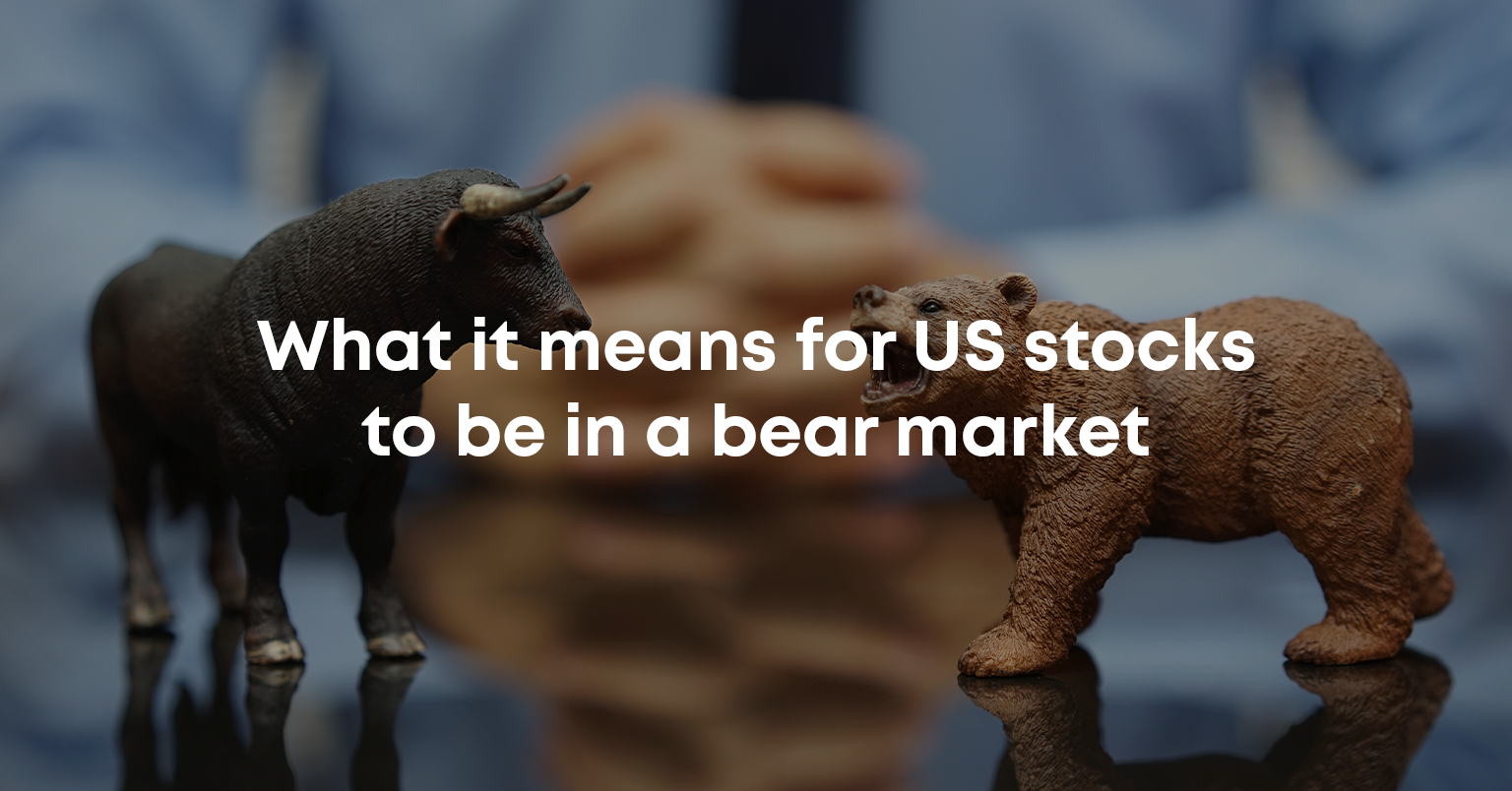 Wall Street has officially fallen into a bear market as investor sentiment is hammered by soaring  inflation, rising interest rates and worries about a looming recession in the world’s largest  economy.

A bear market occurs when a stock index like the S&P 500 falls by 20% over a sustained period  from a recent high. Conversely, a bull market happens when stocks rise 20% from a recent low.

The last time that US stocks entered a bear market was in March 2020 at a time when many  nations implemented lockdowns to prevent the spread of COVID-19 cases. That period marked  the first time in 11 years that the Dow Jones Industrial Average entered a bear market, with the  S&P 500 and the Nasdaq following suit.

Stocks shed a third of their value in 33 days at the time, according to data compiled by Ed  Yardeni, an economist who tracks stock swings. It took six months for the S&P to recover,  helped by government stimulus and policy actions by the Federal Reserve, according to The  New York Times.

Not a bug in the system

During bear markets, investors — of stocks, cryptocurrencies, and 401k plans — become more  anxious and make the common mistake of liquidating their assets over fears that a rebound  would be unlikely.

While fear of losses are understandable, investors should know that bear markets, crashes and  corrections are inevitable and are all a feature of financial markets and not a bug in the system.

There have been 14 bear markets since the World War II, including the current one, and  recoveries take 23 months on average, The Washington Post reported last week, citing Sam  Stovall, chief investment strategist at CFRA.

“These things have to happen every once and a while for the system to function properly and  wash out the excesses,” fund manager Ben Carlson said in his book called A Wealth of  Common Sense. Carlson said investors have to mentally prepare themselves for dealing with  losses.

Long-term investors, such as those who ought to keep their investments for retirement  purposes, may take advantage of the current bear market to buy the dip as stocks tend to offer  strong returns in the long run.

Morgan Stanley last month released a list of some high-quality stocks to buy to weather the  bear market.

The bank kept an Overweight rating on all these stocks.

However, dip buyers should not fall victim to temporary bear market rallies. Rallies in the middle  of bear markets are common.

Divesting stocks during a bear market is also common as it helps investors stem further losses,  although the move could prevent them from recouping losses and cashing in on future gains.